The main concern of the WCG New Horizons’ team was how to take previously unknown or unpopular esports genres like AI, VR, and Robot Fighting and present them in a way that would sync with general esports audiences. There was the somewhat monotonous, research intensive Artificial Intelligence field, the difficult to observe Virtual Reality titles, and the unconventional sport of robot fighting. We had to find an element that made these three genres ‘fun to watch’ so normal audiences would be able to more easily connect with these forms of esports. To do this, we tackled each genre individually. For AI, we created a soccer tournament in which teams would code artificial intelligence programs to play against other AI-controlled teams. VR received a visual boost with our LED Mixed Reality screens, which we designed with three separate screens joined together to form a 180 degree athlete POV to immerse audiences in the game. Finally, for Robot Fighting, we created an arena where athletes took their place right outside the cage to allow for both robot and fighter to be viewed at the same time.

WCG 2019 Xian New Horizons was separated into 4 sections: AI, Robot Fighting, VR, and Scratch. The events that were being broadcasted, AI, Robot Fighting, and VR, proceeded from the New Horizons Stage. Scratch, the coding program workshop for kids, was led by developer Professor Mitchel Resnick, and the children of Xian were invited to participate. Booths were also created for the VR operations partners,
Smilegate Entertainment and Phaser Lock, to display their titles in the “VR Experience Zone”. Scratch partner, LEGO Education, and Robot Fighting partner, GJS, also had booths constructed.

Eidetic Marketing handled space design, manufacturing, and half of operations as well as tournament operations and broadcasts with partners Banana Culture and
VSL. The New Horizon Stage, which displayed a variety of games and events, was constructed with an LED screen measuring 40 by 9 square meters. Mixed Reality displays were constructed in an 18 by 5 square meter space with LED screens formed in a trapezoid. VIVE sensors, headsets and other devices were also installed. As for the Scratch Creative Challenge Zone, turf, cube structures and other installations were allocated in consideration for the age of visitors. For the 3 IPs of the VR Zone to not clash with one another, they were divided into distinct spaces, with separate photo and experience zones. Through these steps, we were able to present the new vision of esports. 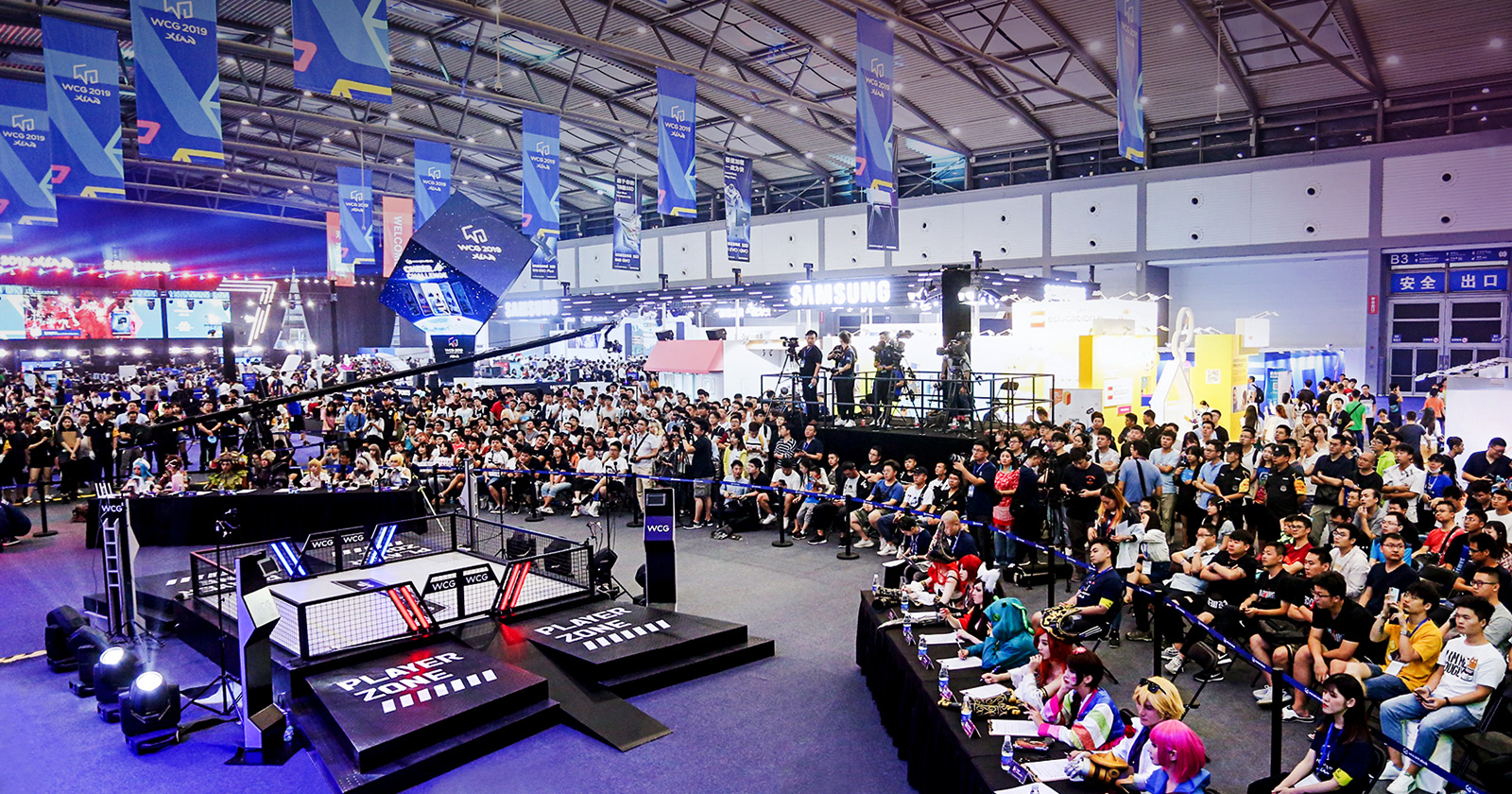 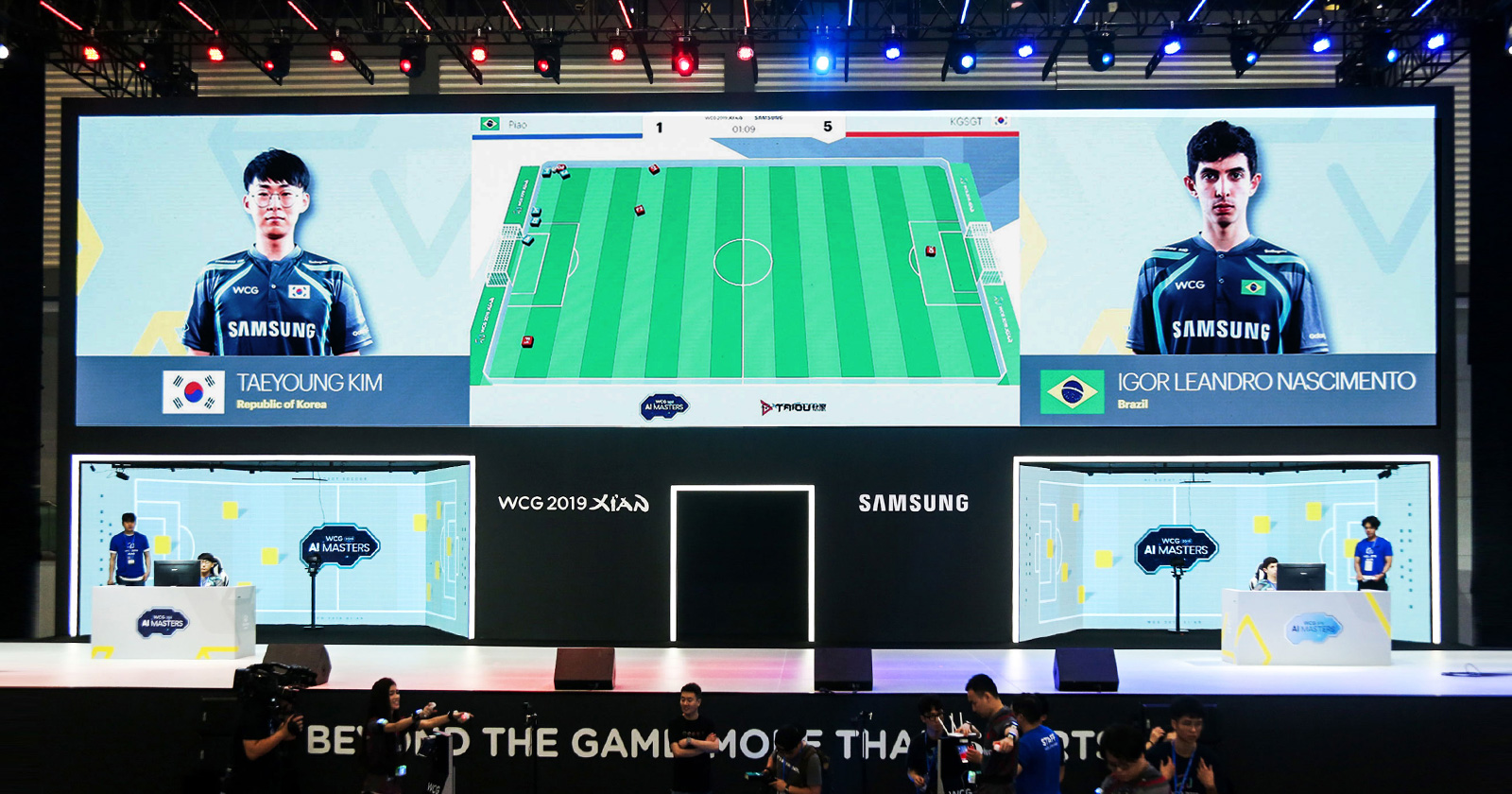 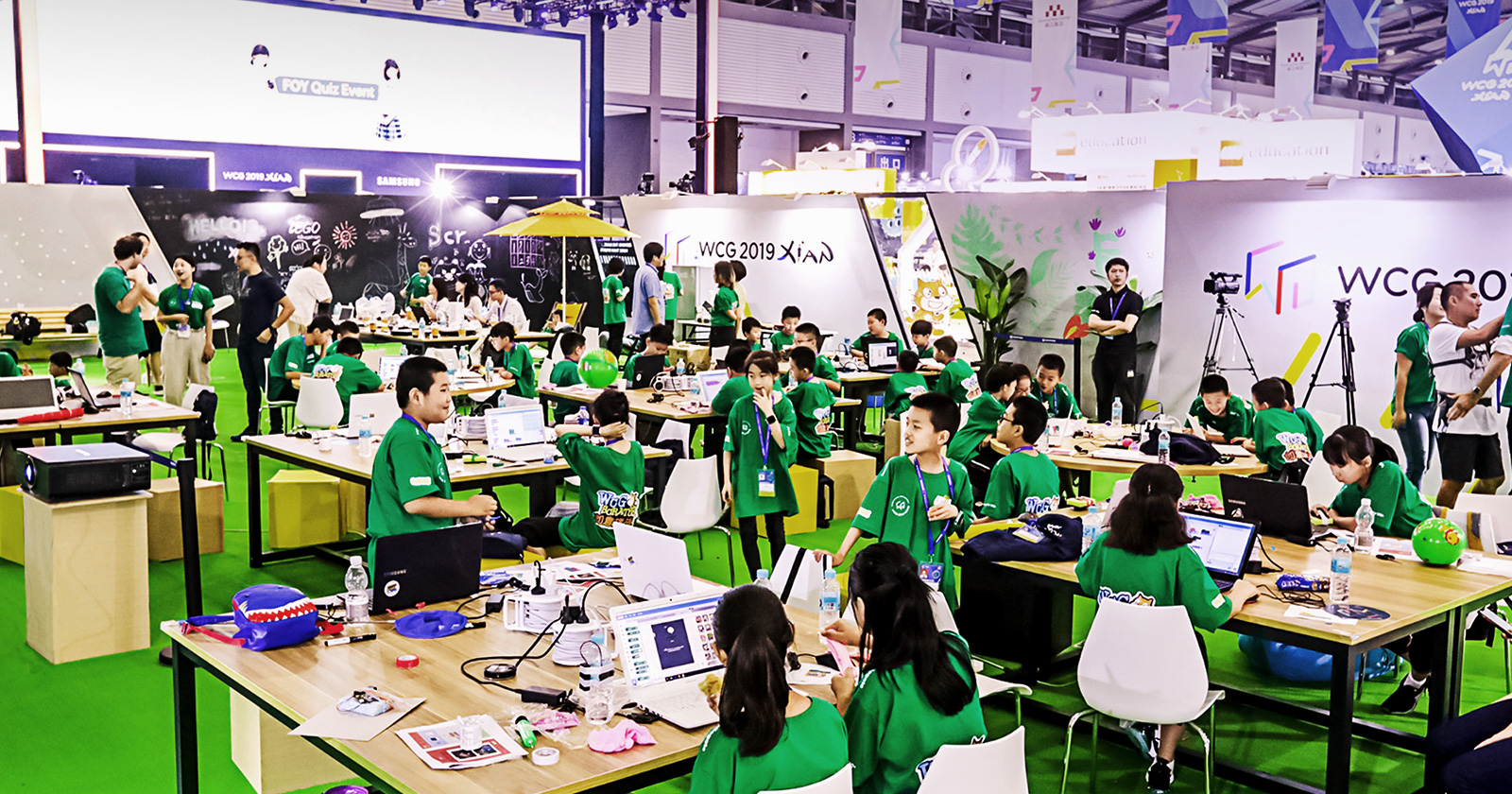 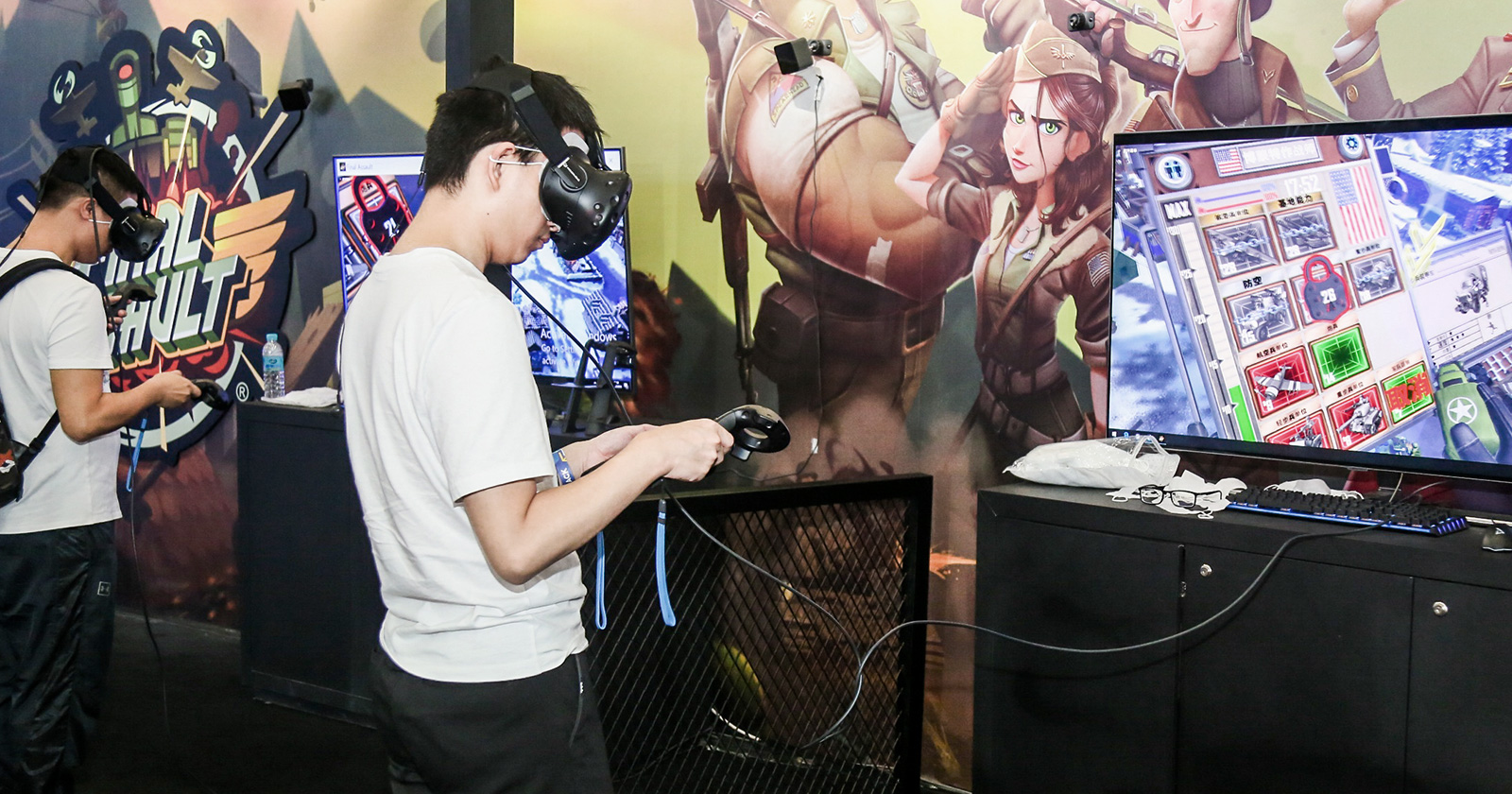